Knock, knock… Do I answer? Now’s not a good time. Knock, Knock. It’s more persistent, but I’m not ready. KNOCK, KNOCK. If I ignore it, perhaps it will go away… Knock, Knock. Okay, it’s fading. Knock, knock. Wow, ignoring it is actually working! Knock. It’s softer now? That’s strange. It’s almost as though – Is there even a “knock” anymore? Is He even calling me anymore?

What happened to knocking? It was there for so long. It was so persistent, so present in my ears – now, I can’t hear it at all. I don’t understand. I just wasn’t ready before… There was so much going on in my life. My marriage – I tried to save it – but then the divorce… It really took so much out of me. There was so much, you know? I had to raise the kids on my own. I did the best that I could, but everything seemed to fall apart! I had nowhere to turn… All I kept hearing was that knocking – I just needed it to go away! I didn’t have time. There was work, school, kids, activities… I was always so busy. I didn’t ever have any help. I had nothing to offer, so I don’t know why He kept knocking? I even tried another relationship – it was worse than the first. It solidified my belief that I had no worth – so why did He keep knocking? I had nothing to offer, save for a broken heart. I swore off men, relationships, all of that! I focused on the kids – just tried to get it right.

Still, He continued to knock. But, one day, the knocking began to fade. I thought it was just me! Maybe I was just becoming used to it, after all these years, you know? But, no! It really was fading, until it finally stopped! I was relieved – at first, then I grew afraid. I remembered the teachings from my youth. Were my chances finally up? Did He give up on me like everyone else?What do I do now?

I heard a still small voice, echoing in my ear. It lead me to Matthew 7:7-8 KJV“Ask, and it shall be given you; seek, and ye shall find; knock, and it shall be opened unto you: For every one that asketh receiveth; and he that seeketh findeth; and to him that knocketh it shall be opened.” I remembered those scriptures! But, you mean to tell me, I had to knock now? I mean, I could totally do it, but what was waiting for me behind behind Door #1? Surely there was a reason I never opened that door before? But then I heard that still small voice again! It said, The fate of not knocking was scarier than what awaited me behind the door. In my heart I knew this all along. I was so afraid, but I knocked! Immediately the door was opened to me!

Do you know what met me? Other than my Father? The love I had longed for all my life! The peace I had desired for so long! Joy unspeakable and full of glory! And most of all, my identity and worth! I discovered my purpose! When I found out who I am in Christ, I fell in love with Him, learned to love myself, and discovered my purpose – well, everything else fell in line! Still, He tells me to Listen and Stay Close, for I have much to learn. And when He knocks, I open the door of my heart and let Him in. 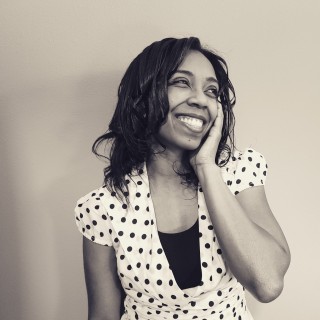