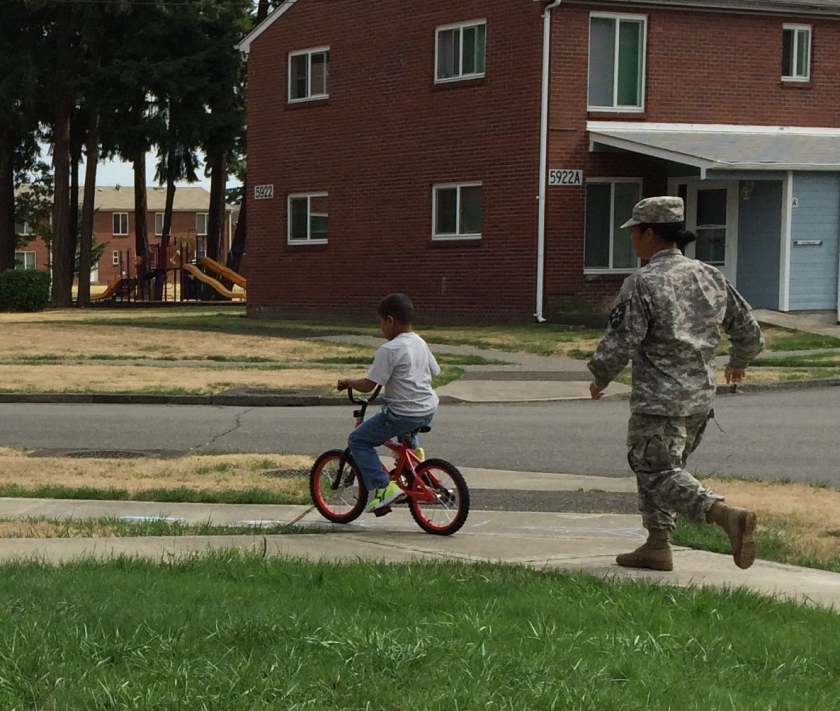 “My mama always said you gotta put the past behind you before you can move on. I think that’s what all my running was about.” ~Forrest Gump

I’m a runner. The Army turned me into one. I run to release the stress day. I run to begin the day. I run because it feels good! I run.

Still, after all that running, eventually, you have no choice but to stop. Today, I was running, full speed, only to be stopped, dead in my tracks. At first, I was relieved! Then, I realized WHO stopped me…

He stopped me dead in my tracks you see, showed me a mirror so I could see exactly how I looked. Imagine my surprise when I didn’t recognize the person peering back at me. “Some mirror,” I thought, “He’s full of tricks.” Beckoning me to peer closer, I began to see flashes of my life, my hurts, my pains, playing like a movie, for anyone to see. Trying to turn away, yet glued to glass, tears streaming down my face, I found myself unable to turn away.

“No more running.” Is that really what I heard Him say? Shaking my head, there’s no way. No one would be so bold as to stop me in my tracks, show me such a sight, and give me such a directive.

He began to read me like a book. I longed to cover my ears, shut out the words. Was it the shame? Was it the pain? But I couldn’t. I didn’t dare. His words soft and loving. I knew that to move into the future, transition into my destiny, I had to cleanse my heart. I had to forgive. I had to forget. I had to release. That place in my heart, that no one knew existed, that place I reserved for “just in case” I had to remove. There was no longer a place for “just in case.” For that door was closed years ago.

Ever since he left, all those years ago, I made him a home, inside my heart. I tucked away the memories. I hid away the pain. I clinged to it for dear life. Because, one day he will return… He is not meant to return to me. Watching my life flash before my eyes, I see this ever so clear. I had not realized how fervently I awaited for him, closing off my heart. I release him from me. I release myself from him too. I have cleaned out that secret room in my heart and let him go for good.

Had I not been stopped in all my running, how far would I have gone? I am thankful for a God who loves me, and won’t let me go. With part of the battle down, another part to go, I won’t look back, I can’t look back, no matter what.

Yes, I’m a runner in some ways. In other aspects, my running days are over!