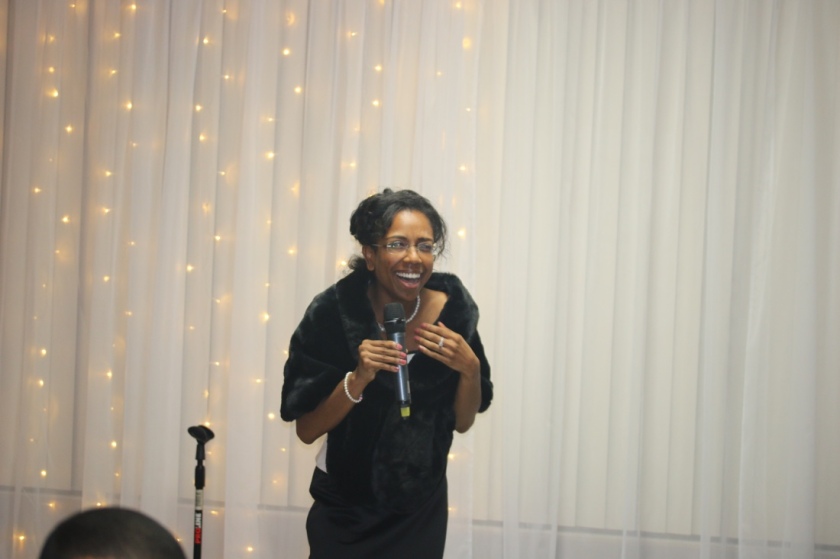 You know, it isn’t something that I think I have ever done before. However, it was one of the best things that I have done – getting all dolled up for Jesus and going to the black tie gala with the kids, friends and family.

Now, I had not worn formal wear since my wedding! I almost said prom, haha! I had forgotten how long it took to actually prepare for such an event! Clothing, hair, shoes, nails, makeup… Not to mention I have three kids to also prepare! Well, Saturday rolled around and I thought I would begin to prepare around noon to leave the house at 3pm. I was wrong! I began preparing early that morning as soon as I woke up, really the night, days, before, and we still left after 3pm!

I was asked to share a few sentiments from my heart. I had no idea how that would go! Because in all of my preparation, I tried and failed to come up with what to say. So, with a prayer on the way, somehow, God gave me just what to say. And, who knew I would be the first to speak?!

Still, I was reminded in all of that preparation how we live our lives, in constant preparation for the day Christ returns for His bride, the church. We can’t wait until the last minute. We can’t allow our oil to run out. We must keep our oil fresh, stay alert/awake. And prepare ourselves for that glorious day.

Just as I spent my day preparing not only myself, but also my children for the gala, we prepare ourselves and others for the coming of the Lord. And what a glorious day that will be!